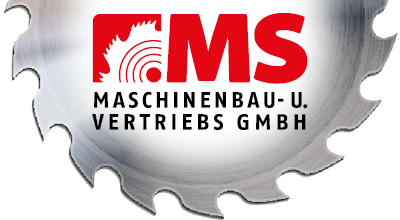 MS Maschinenbau concluded the new supply contracts with sawmills in Finland and North Macedonia in February.

Waste wood disposal is becoming increasingly important in sawmills. In 2011 we expanded our production range and developed a new THK drum chipper for waste wood disposal, which is also designed and built according to our basic principle – very stable and durable. We are happy to announce that a sawmill from Lappeenranta/Finland has ordered a heavy chipper THK-540 series. A metal detector and suitable conveyor belts for infeed and outfeed are also included in the scope of delivery.

A medium-sized sawmill from North Macedonia has ordered a resaw from our MBS series. The MBS is the first resaw we developed. We have been making this series for over 30 years and they are used in dozens of countries. North Macedonia is now included.

Finland and North Macedonia are now the 48th and 49th countries in the world where we have delivered our machines. For a family-run company from Lower Saxony, this is a huge success.

We would like to take this opportunity to thank you for the trust you have placed in us!